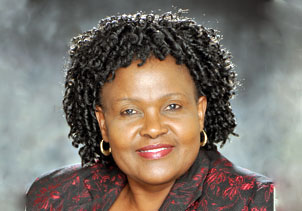 Born on 10 May 1965, in Carolina, Ms. Busisiwe Pauline Shiba started her career as an educator in Baadjiesbelt Combined School, a small farm school situated in the outskirts of Carolina. After displaying high levels of commitment and deep love for teaching and transferring knowledge to younger generations she was then promoted to be Head of Department (HOD) in the very same school. Growing up in a society overwhelmed by patriarchy she chose the path of many female revolutionaries of challenging the status quo and she became a gender activist. As a result she was nominated as the provincial gender convenor of the South African Democratic Teachers Union (SADTU) in the province of Mpumalanga.

As the provincial gender convenor she led campaigns such as the Peer Treatment counselling Access (PTCA), which was aimed at encouraging educators to do voluntary HIV/ AIDS testing. This successful campaign which saw certain educators participating fulltime the programme was done in partnership with Solidarity Centre. The success of the campaign attracted media attention. Her intolerance with all forms of injustice including those at the work place required her to be a unionist.

As a unionist of SADTU, she was able to bring under one roof organized labour and the Department of Education for the Educational Labour Relations Council (ELRC). Her commitment to SADTU work saw the teachers unions deploying her to serve in the Mpumalanga Exam Board as its representative.

In 2005 the African National Congress (ANC) saw it fit for her to be deployed as a proportional representative (PR) councillor in the Chief Albert Luthuli Local Municipality. She was again redeployed at the beginning of 2006 term of council as a Member of the Mayoral Committee (MMC) responsible for planning and Economic Development. While at the helm of the planning and Economic Development, the Department produced a Local Economic Development Strategy (LED) and a Housing Chapter for the first time in history of the Municipality. The LED Strategy was aiming at uplifting the Local Economy of Chief Albert Luthuli Local Municipality through partnership with partnership stakeholders.

As a hard working member of the mayoral committee she had to respond to the growing population in the Municipality and the increase of the black middle class. She advocated for the establishment of formal settlements like Caropark, Pieter de Bryn and Silobela extension e4, which of most are formal settlements today.

In 2011 she was given the task of leading the Chief Albert Luthuli Local Municipality as the Executive Mayor. She serves her organisation the ANC as a member of the Provincial Executive Committee (PEC) and Provincial Working Committee (PWC) which are the highest structures of the movement in the jurisdiction of Mpumalanga. In the past she held with success different positions which include COSATU REC member, SADTU PEC member, and ANCWL PEC member. She was honoured to serve the ANC in the Provincial Centenary Task Team and convenor of the ANC centenary task team.

She attributes her success to even in difficult conditions to her motto of life which is “STAY POSITIVE”. Following the reconfiguration of the Mpumalanga Provincial Executive Council on 17 August 2016, Ms Shiba was appointed MEC for Social Development.